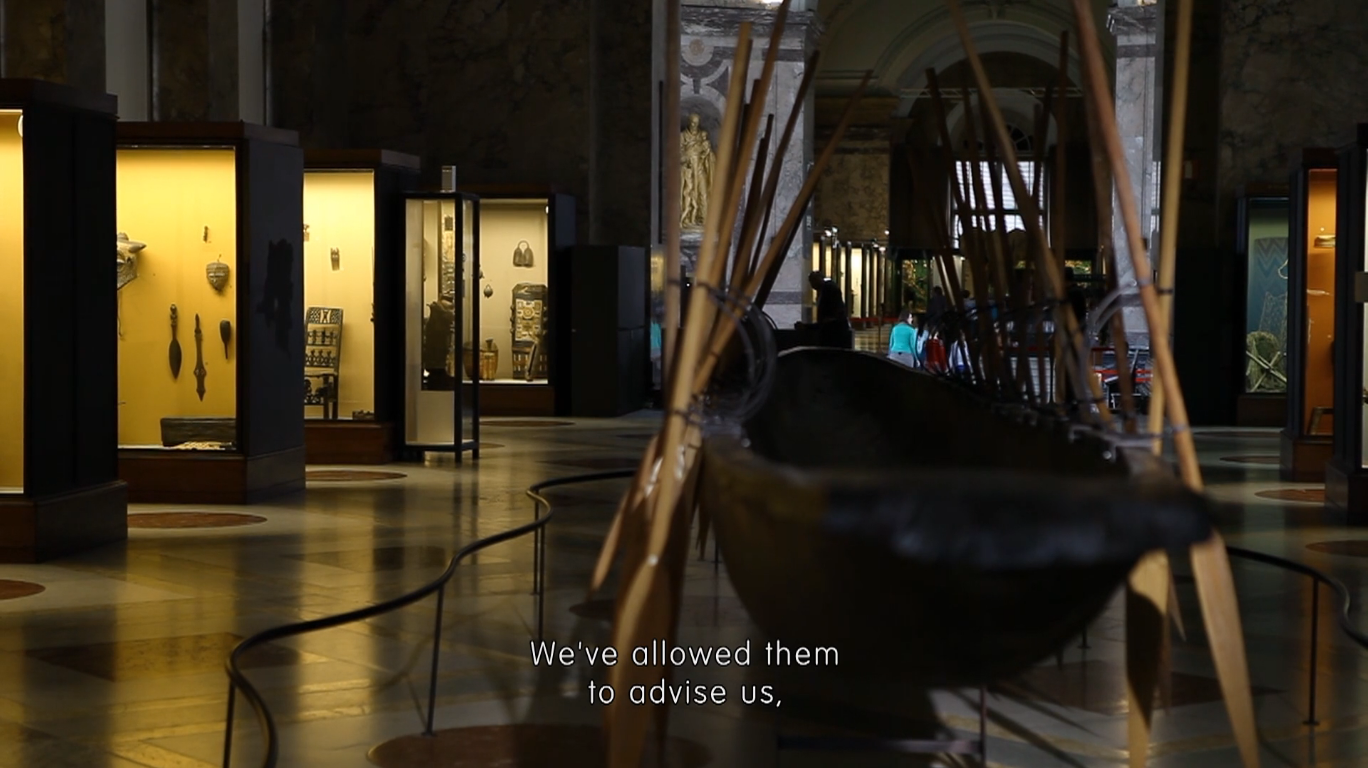 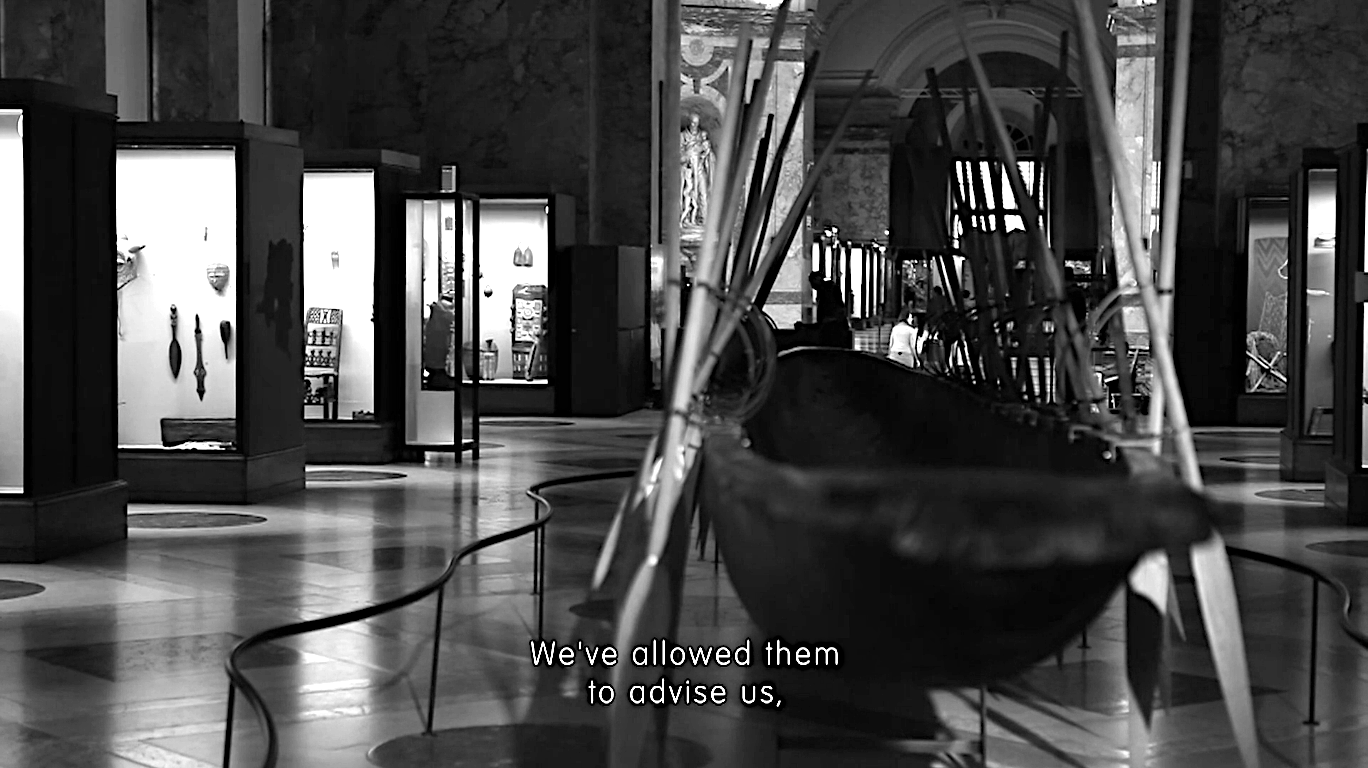 Palimpsest of the Africa Museum[1] (Matthias De Groof, Mona Mpembele, 2018) chronicles the long and laborious process of renovating the Africa Museum in Tervuren, Belgium. The documentary follows interventions in the infrastructure, the way the building itself is being remodelled, and restorations of objects and statues. In the mean time, attempts are being made to change the politics of the institution as well. Throughout these renovations, ‘The group of six’ (Billy Kalonji, Toma Muteba Luntumbue, Ayoko Mensah, Anne Wetsi Mpoma, Gratia Pungu and Emeline Uwizeyimana) carefully and persistently deconstruct the museum’s cultural heritage and its roots in the Belgian colonial project. The stills we selected show moments of ambiguous agency, where it is not so clear who can, should or have a say. While every physical part of the museum is radically transformed in time for its re-opening, the question of entitlement remains fundamentally unaddressed and unresolved. 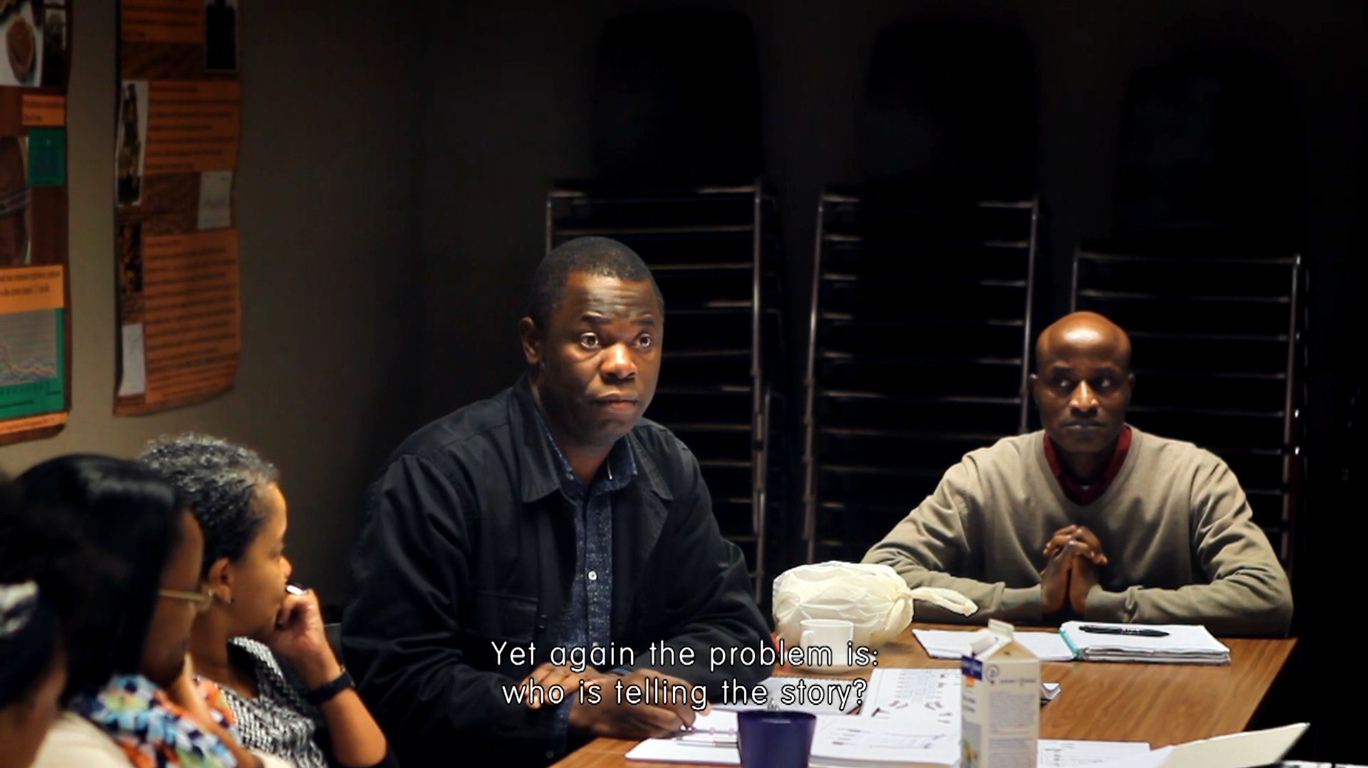 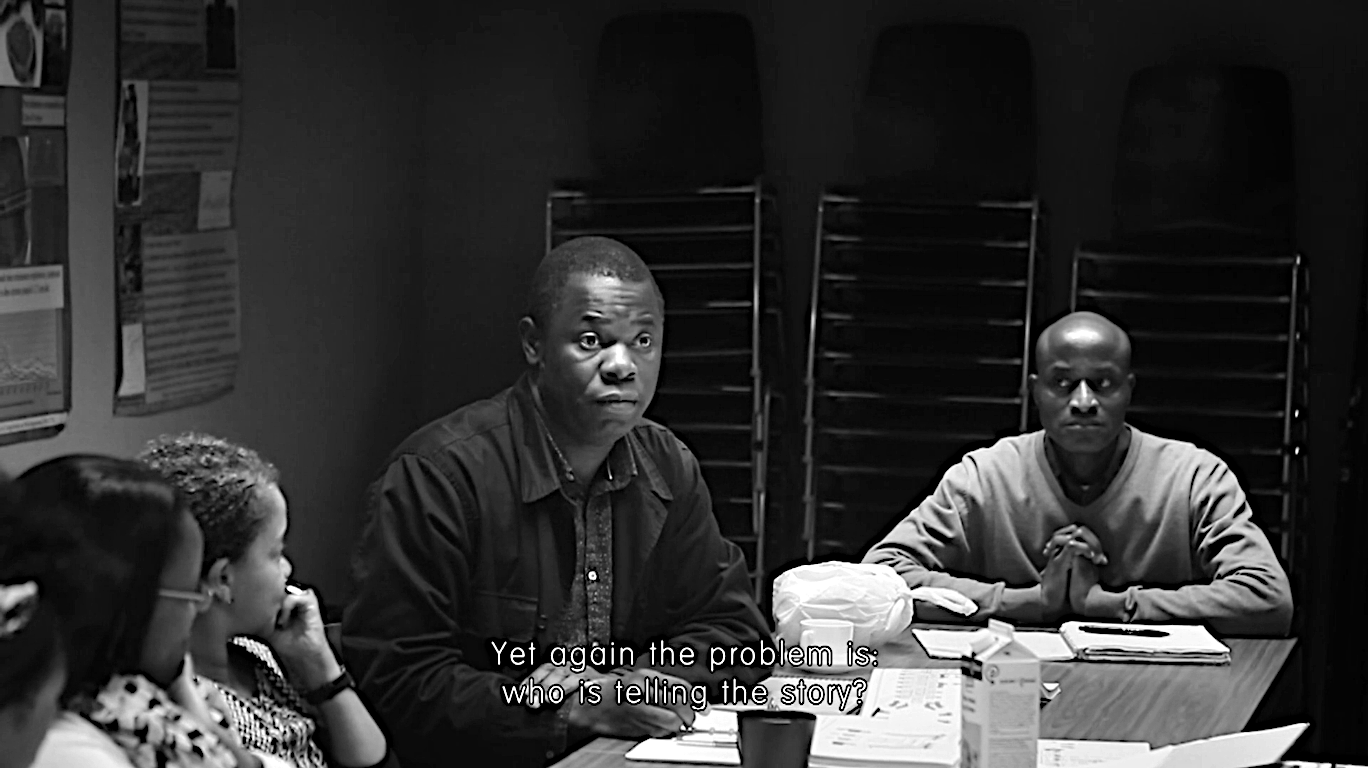 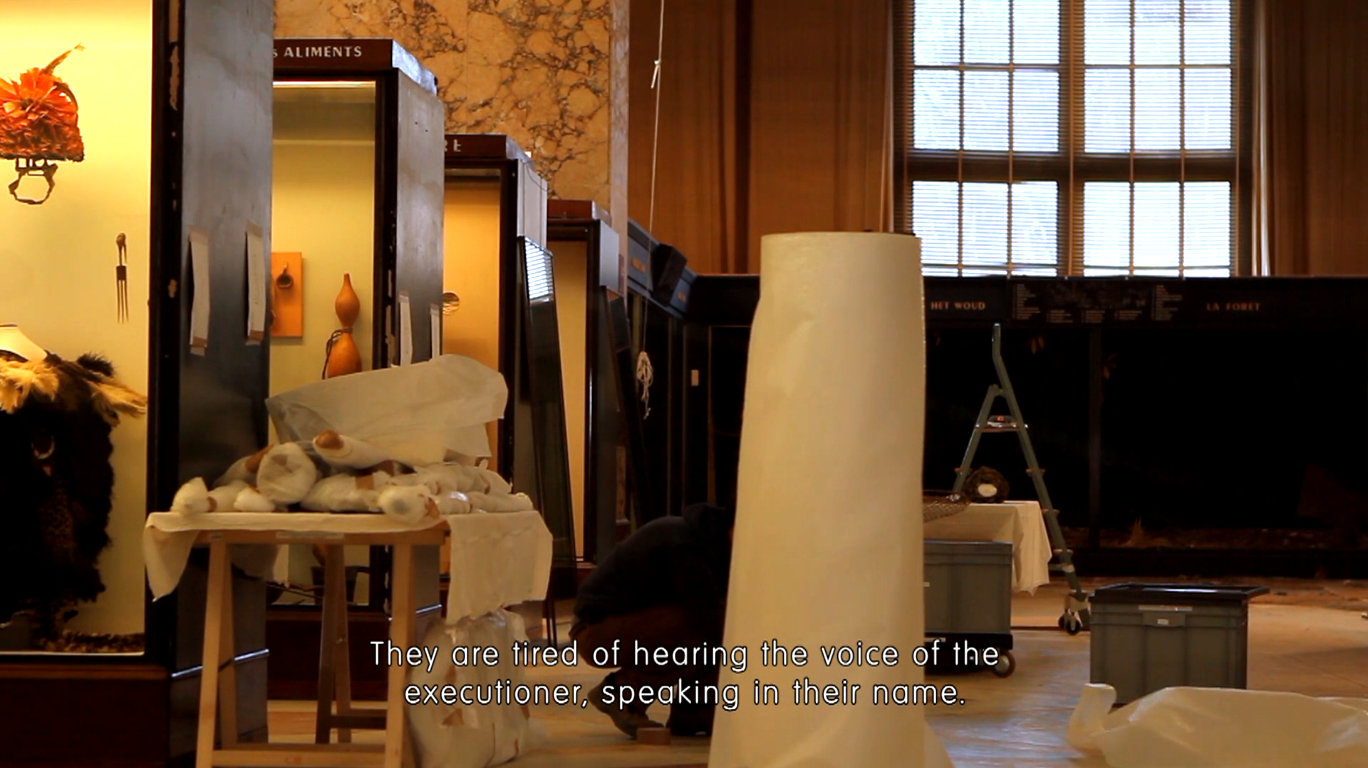 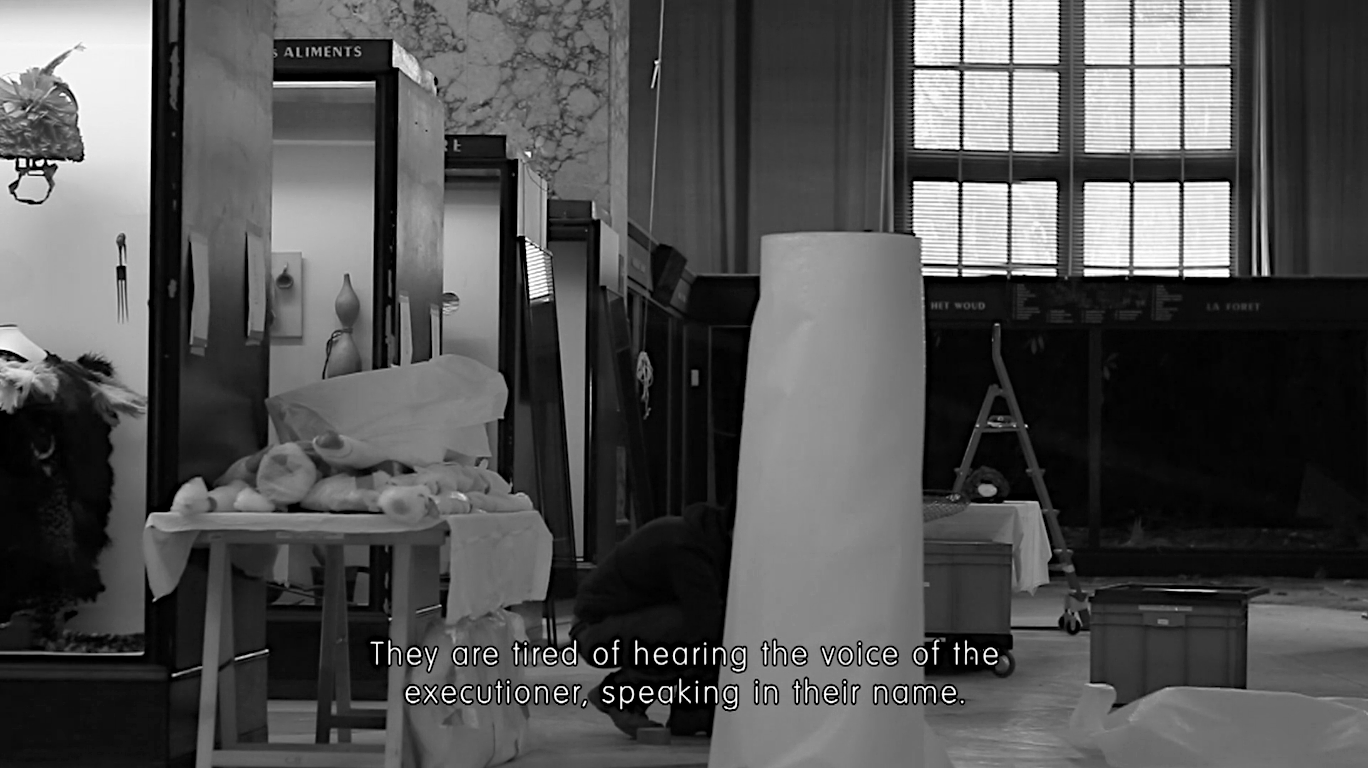 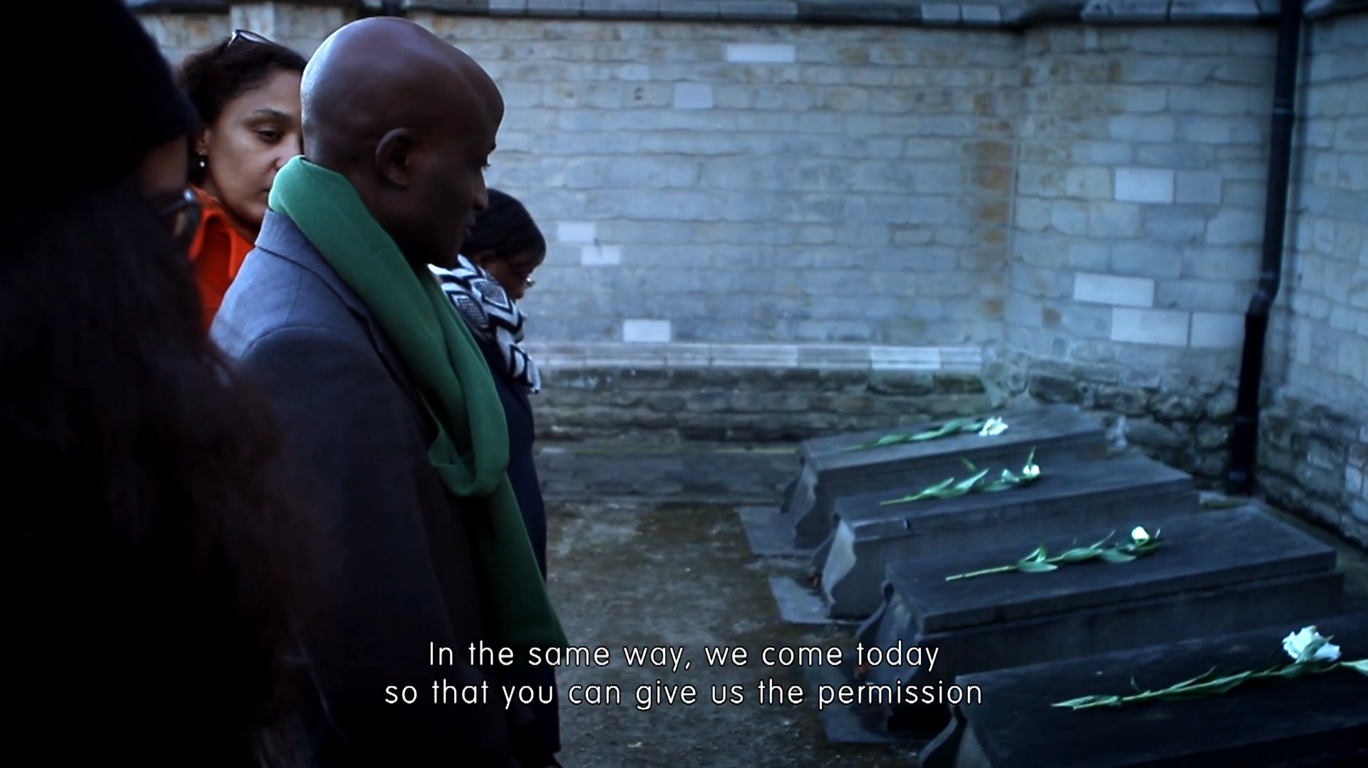 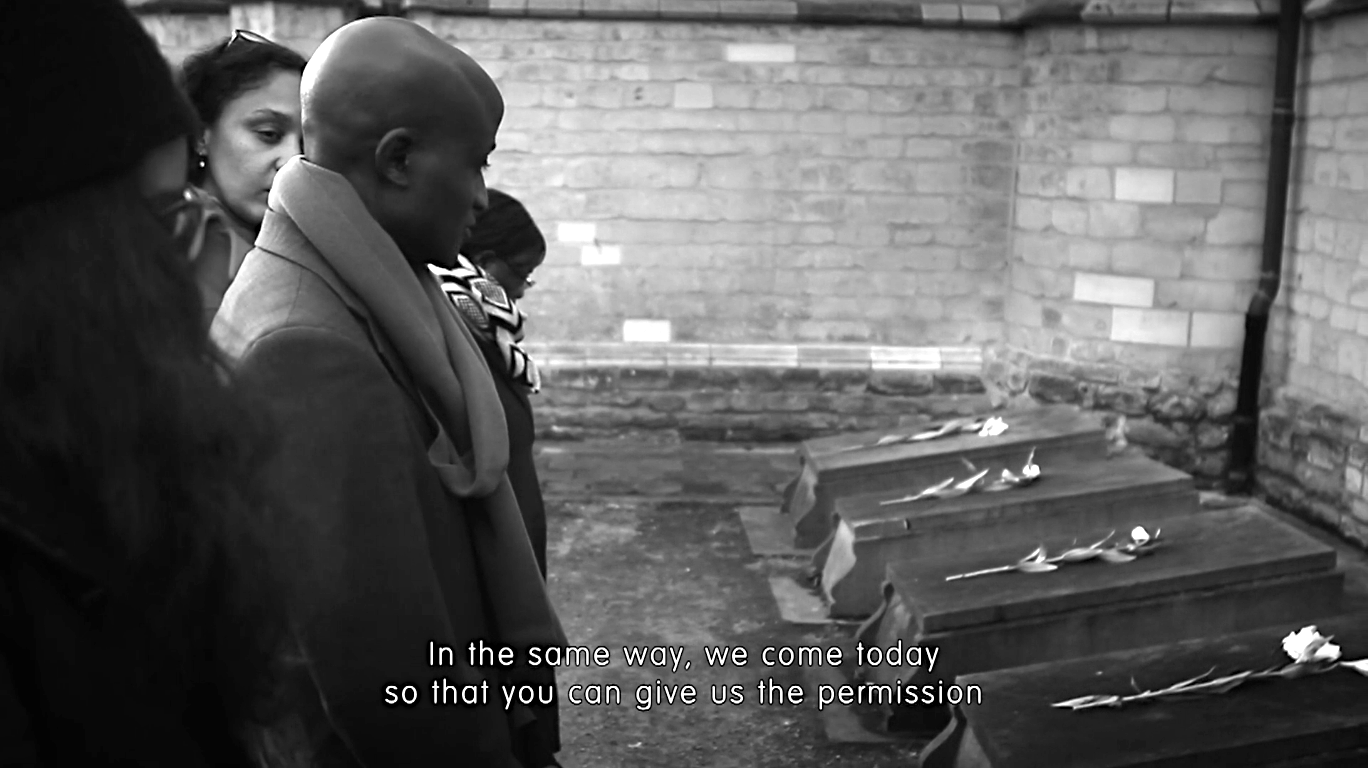 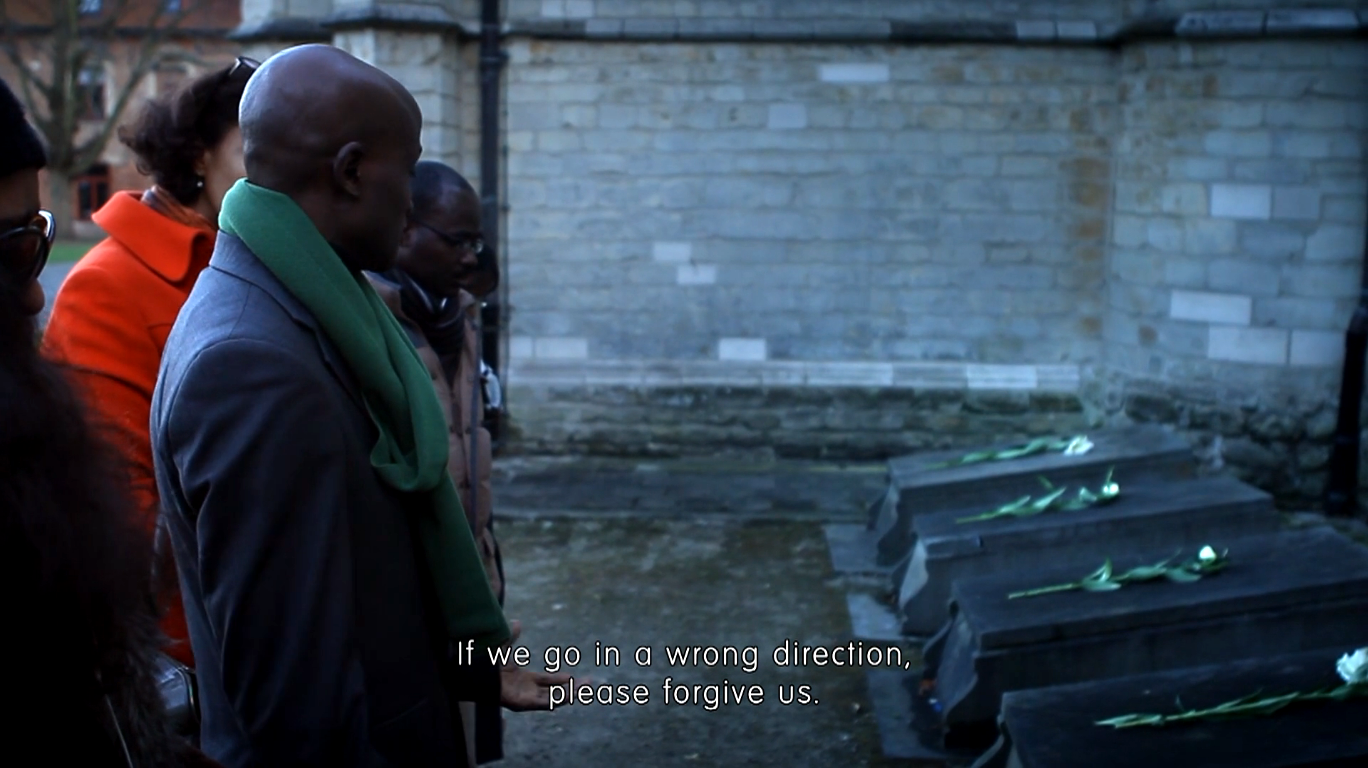 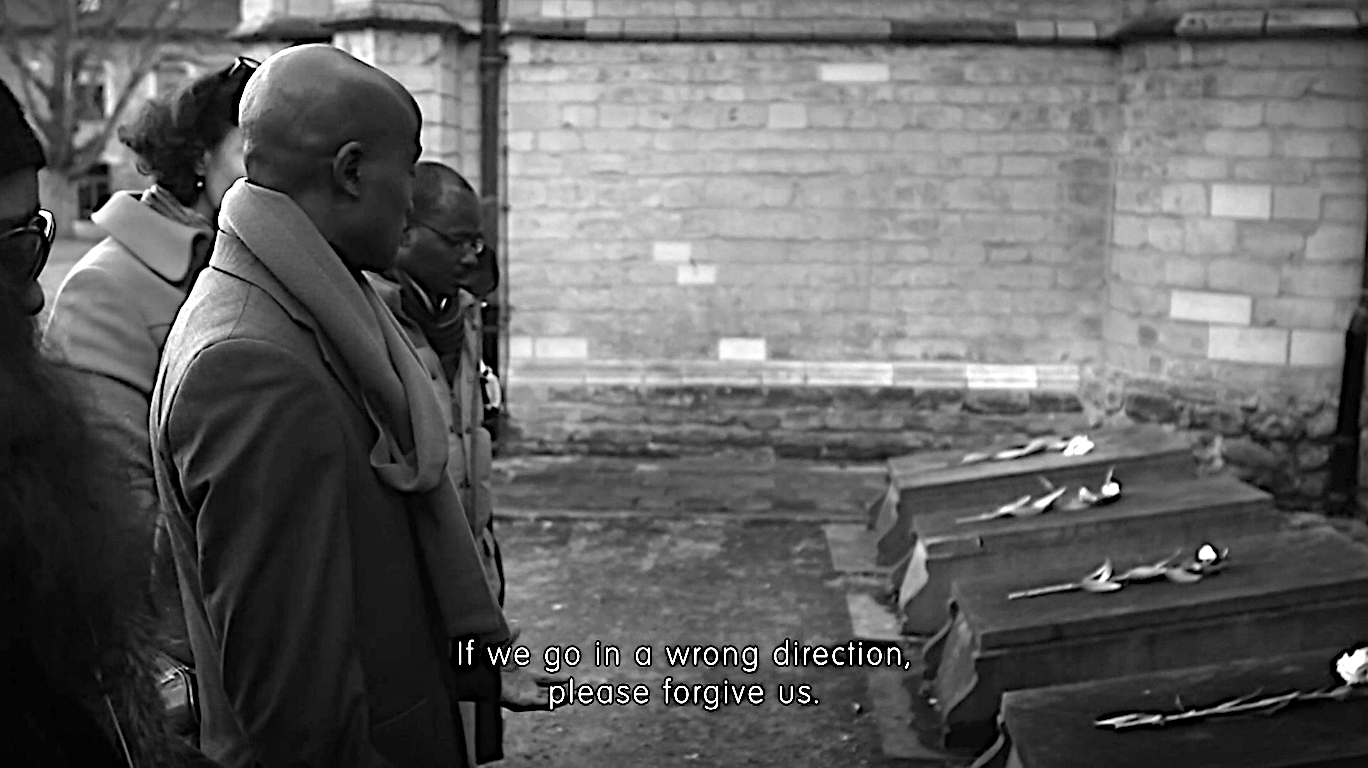