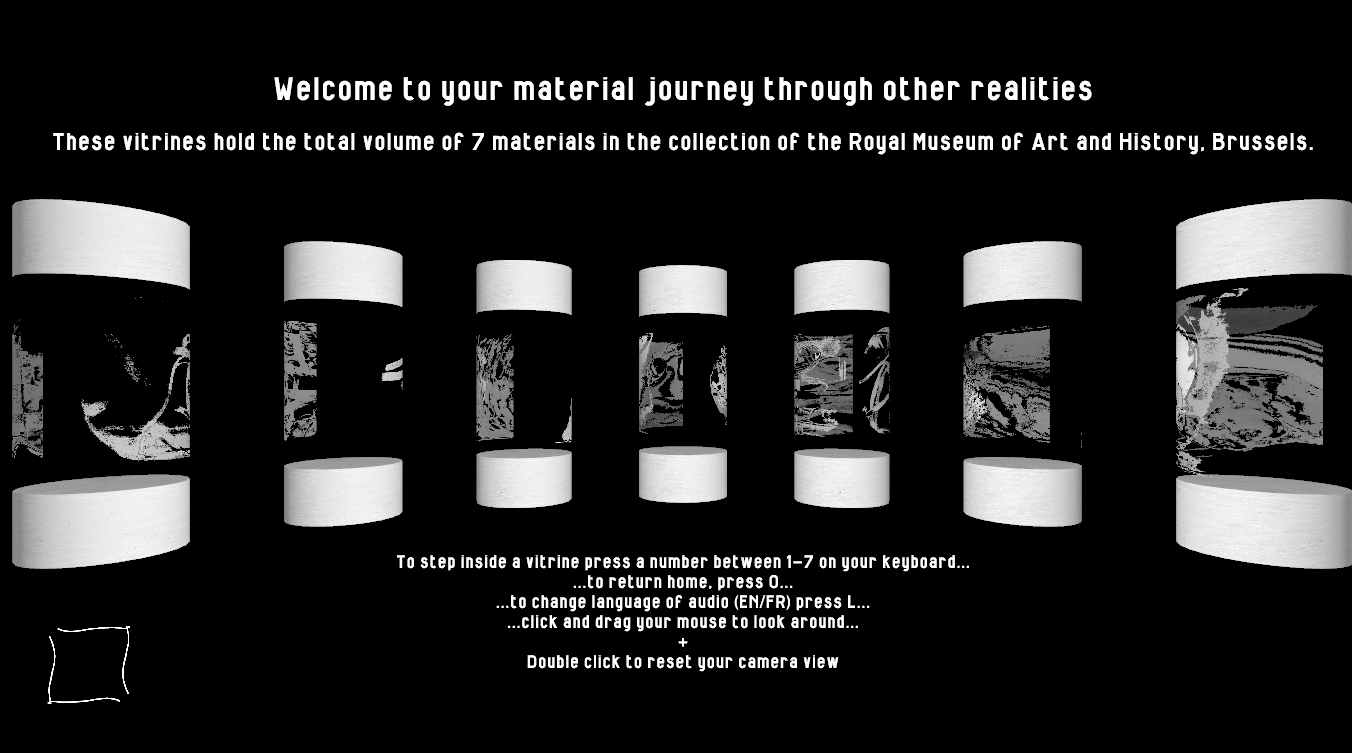 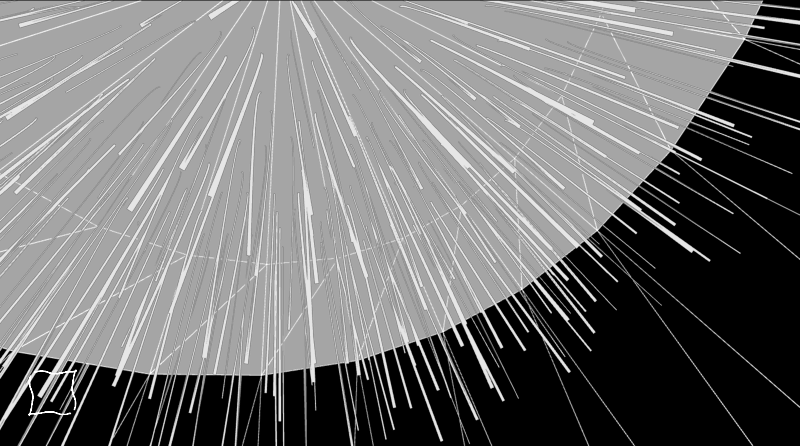 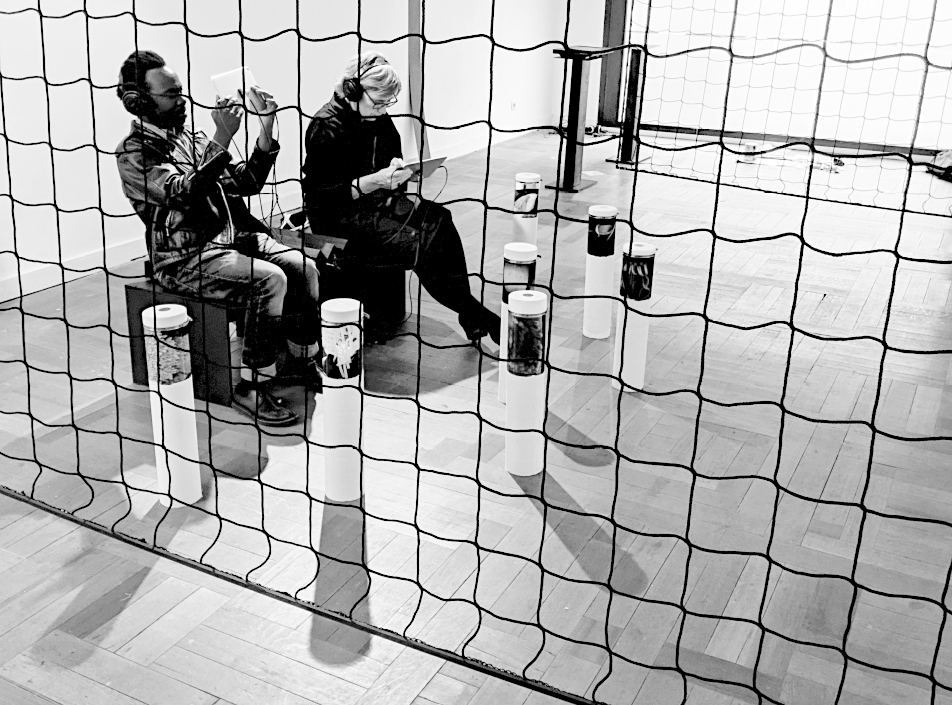 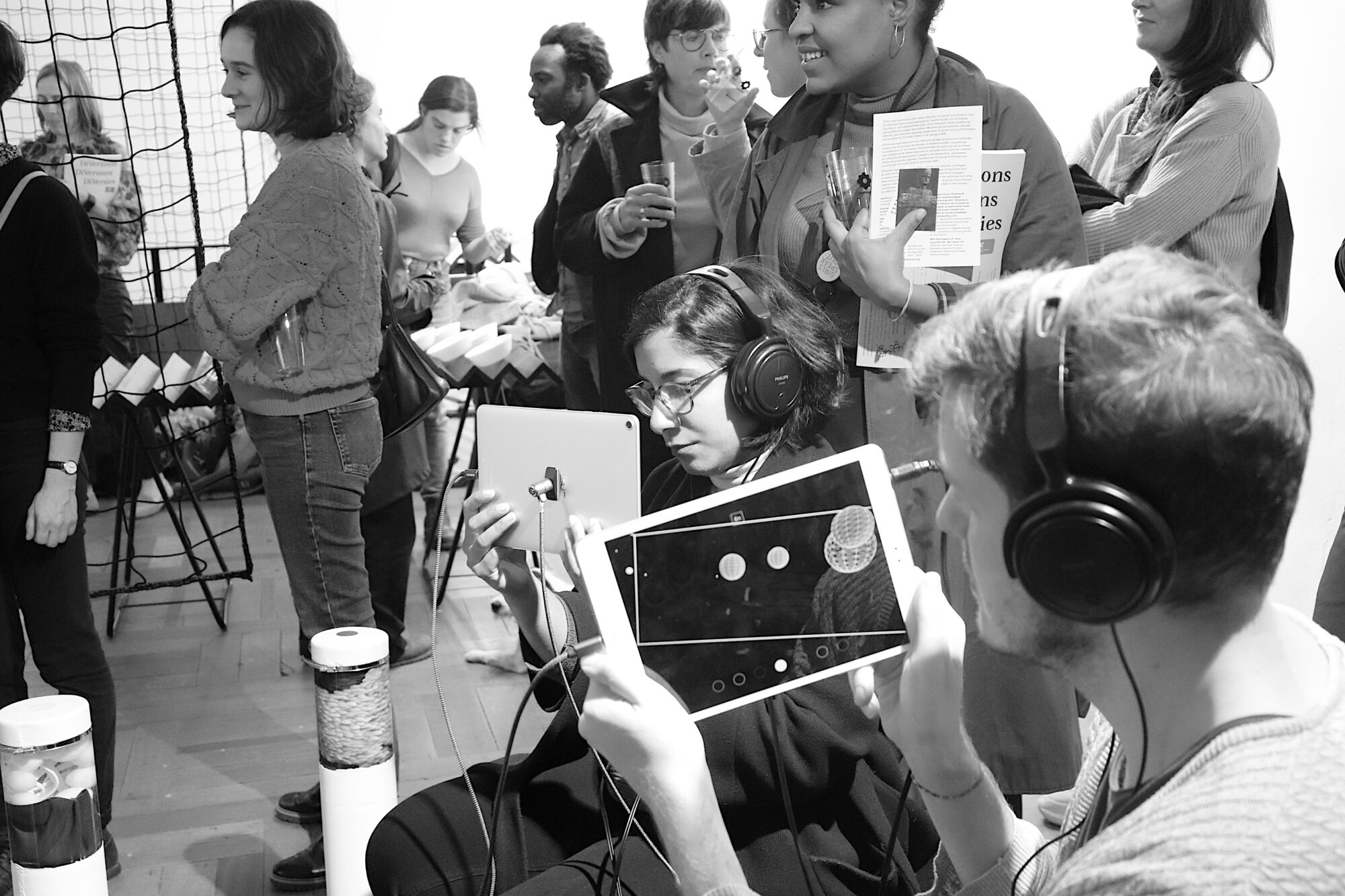 A conversation with Mia and Phil, June 2020 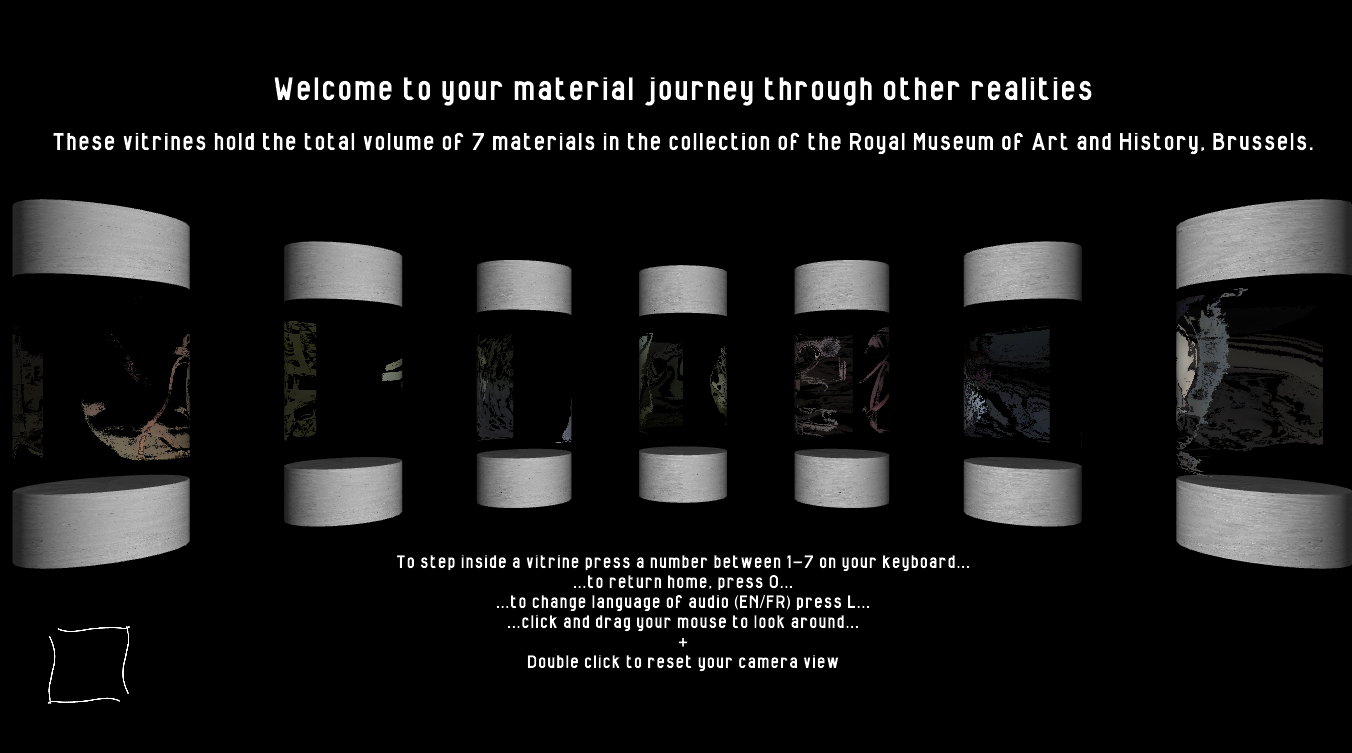 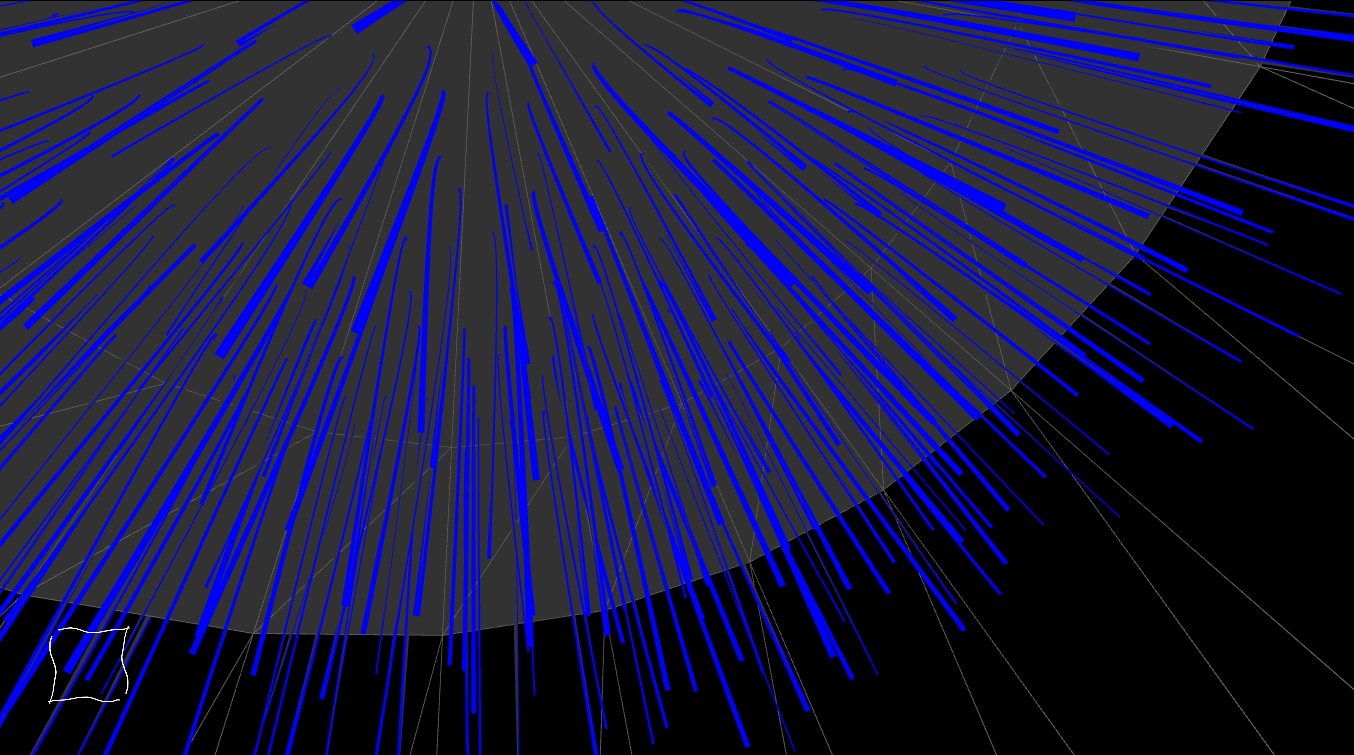 Stacks and volumes of raw material taken out of place when acquired by a museum collection. Shown in its accumulative, collective form, these vitrines contain outlines of great piles, the mass of its body and your body together.

Bring your own hair and bones, come sit with us.

We promise to guide you through it. 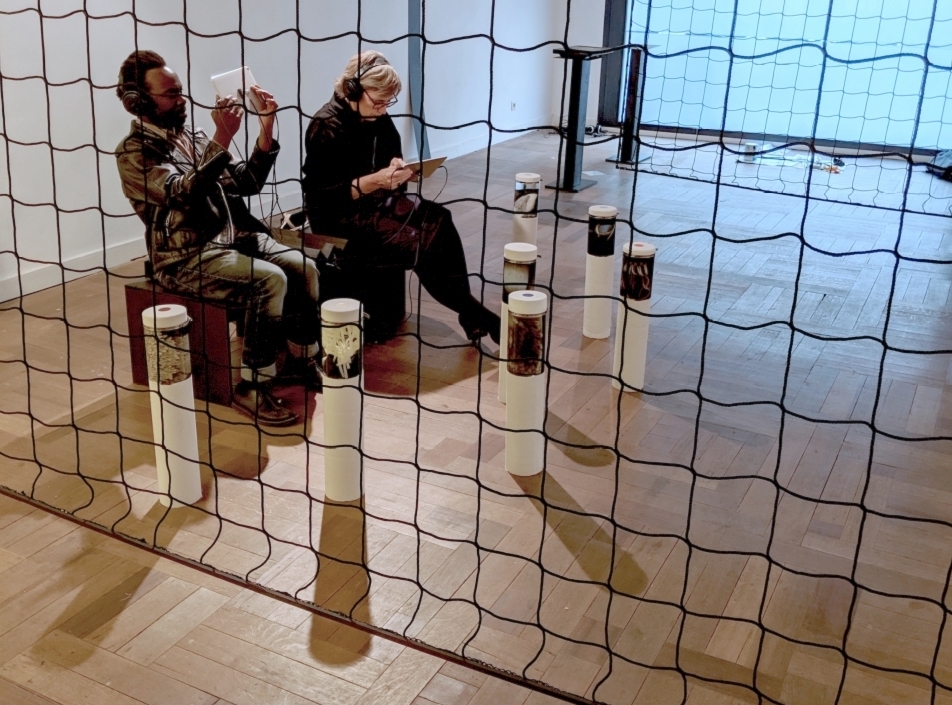 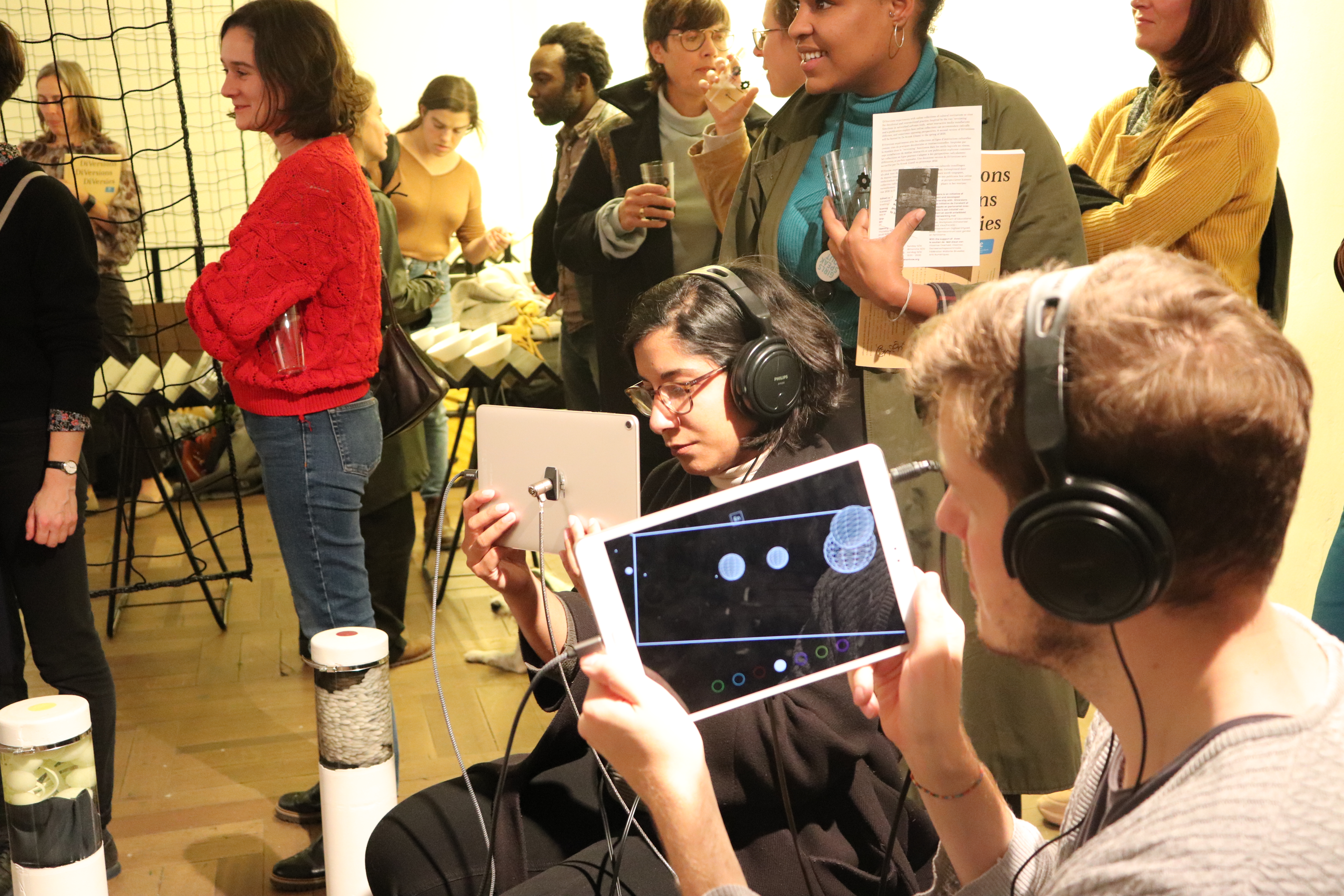 Material journeys through other realities by Mia Melvær and Phil Langley invites web users to explore a series of seven windows, where they can discover works from the collection of the Brussels Royal Museums of Art and History.

The works they show us differ from the ones we usually get to see in a museum, as they are not depicted based on their definition by the museum, but they are grouped according to their raw materials. Following their searches in the Carmentis database linked to these collections, the artists chose seven types of material, one for each window. The materials were chosen by the artists to reflect different relationships to the objects: objects made by elements of human and animal bodies (hair, fur, bones, to establish a link with the body of the web users), objects made to support and restrain bodies (mostly those of animals), non-identified raw materials (a frequent entry in the Carmentis database), fruit (whose transformation in bowls or musical instruments has altered their usually very short life cycle), coins (whose usage value has disappeared), and human heads (these occur frequently throughout the 2500 years covered by the museum). These materials may seem heterogeneous but they illustrate the different classification modes in a collection.

When entering each window, and thus changing their observation mode, the web users are welcomed by a soundtrack that is addressed directly to them, a poetic audio guide describing the material on display, its volume in the window shared with the body of the web user. Each window is represented in three dimensions, in a very minimalistic way (a few coloured lines on a black background). By moving their mouse, the web users can change their viewpoint inside the window and observe a representation of the materials (for instance, white spheres for the heads, short blue lines for hair). Together with the inverted perspective, the web users entering the object space are experiencing an inversion of the senses in order to approach the object not only through sight but also through their volume, the different smells, the sounds they produce, the textures of the materials on the skin of the web users... The extremely minimalistic 3D rendering enables a memory game, through the senses, more than if actual images of the objects were presented to the web users. This form of evocation questions the way in which objects are represented in databases (photographs, 3D scans, catalogue entries) and opens up new possibilities of interpretation. For instance, the volume of each raw material in the windows of Mia Melvær and Phil Langley’s project is calculated approximatively, based on a quantification of the data in Carmentis. This scale- and mass-based approach reorganises the collection according to the artists’ own terms. Digitalisation transforms the objects in pixels and numbers that can be rearranged differently from the museum’s approach, one that is based on the distinction between objects thanks to taxonomies. On the contrary, the software programmes do not make any distinctions; they gather and aggregate the information based on the queries.

Material journeys through other realities is an invitation to a new spatial relationship between the web user and the museum object, an entry into a completely virtual museum where the objects are present with their own materiality, the result of transcoding operations and a set-up between physical and digital spaces. Mia Melvær and Phil Langley’s creation, at the crossroads of their respective works, enables an incarnation, brought to life by voices and graphics and anchored in imagination, in a way that differs from the museum where the object is on display, with a spectacular, often univocal narrative. With this experimental set-up, web users can create their own relationship to the objects, in a sensual, paradoxical way in relation to their digital and physical materialities.