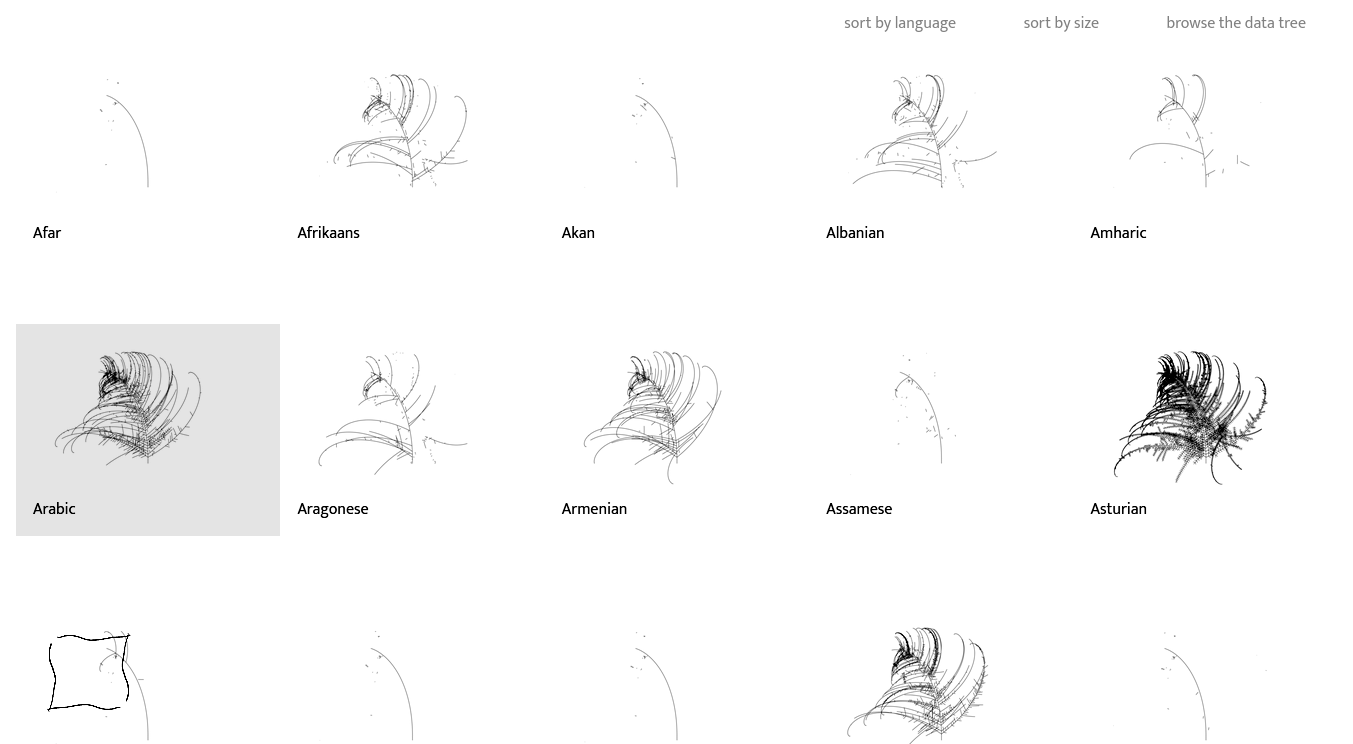 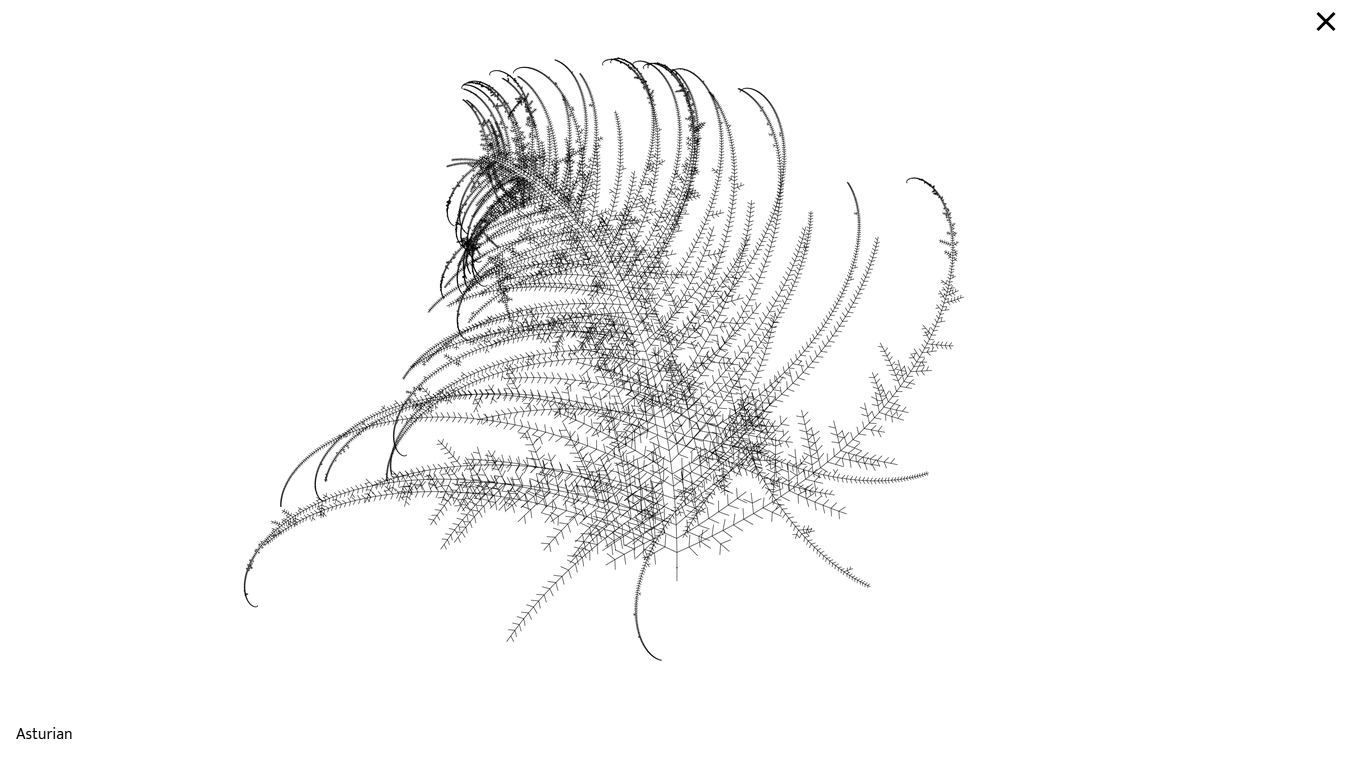 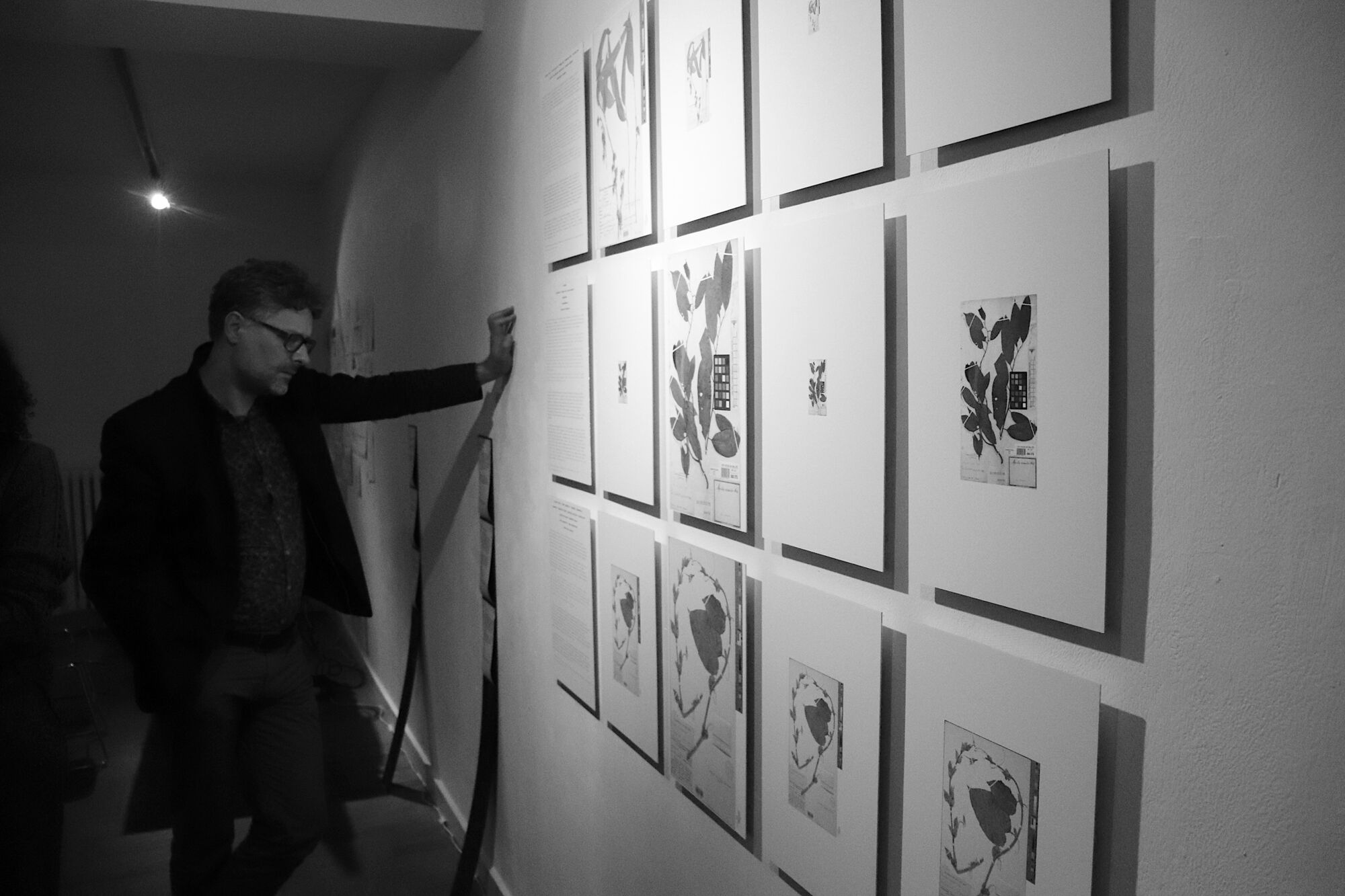 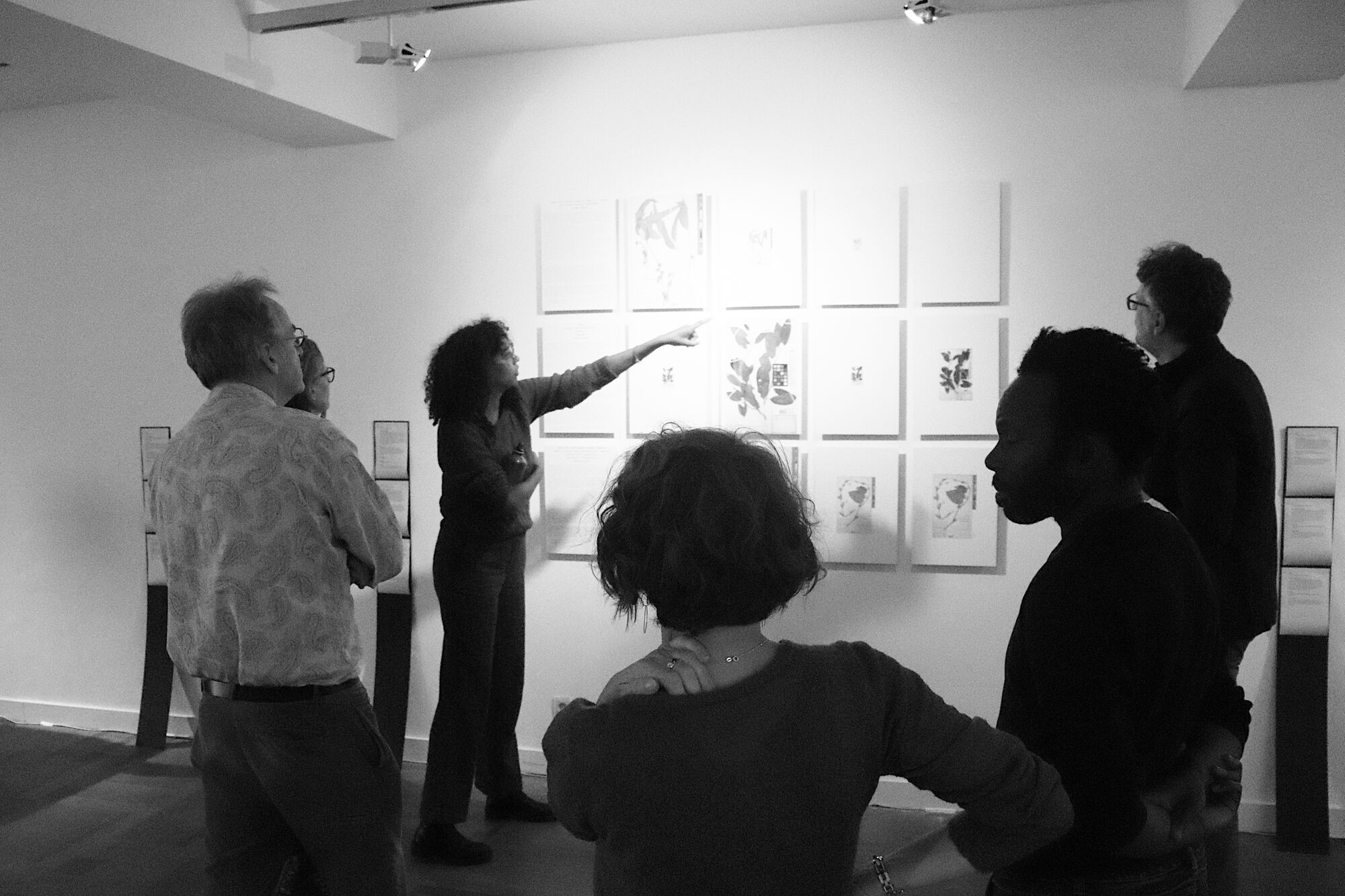 A conversation with Anaïs, June 2020 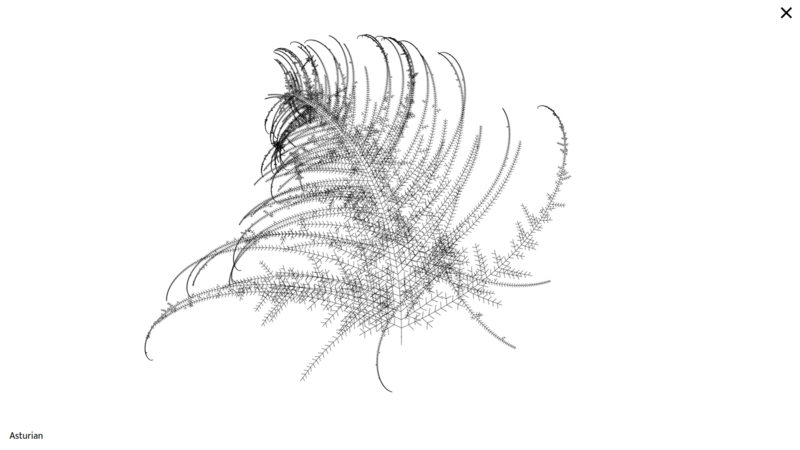 When organic trees look for how they are represented in these databases, cultural and power structures become visible. This work makes it clear, for example, that not all languages are present in the same way. Moreover, the search term tree leads to individual trees, such as the chestnut tree that grew next to Anne Frank’s house. Whereas even a child can easily point to a tree in physical life, the concept of a tree is a challenge for programmers in the digital world.

This is the result of the classification culture that prevailed in the 18th century, and more specifically of the Swedish physician and scientist Carl Linnaeus. His classification system lies at the basis of contemporary botanical nomenclature. A tree is non-existent in this nomenclature, in the belief that any plant can potentially grow into a tree, depending on the climate in which it is located.

When organic trees meet the data tree gives a voice to trees, algorithms and people. Their visual stories give a critical view on the creation process of apps and other software we use on a daily basis. 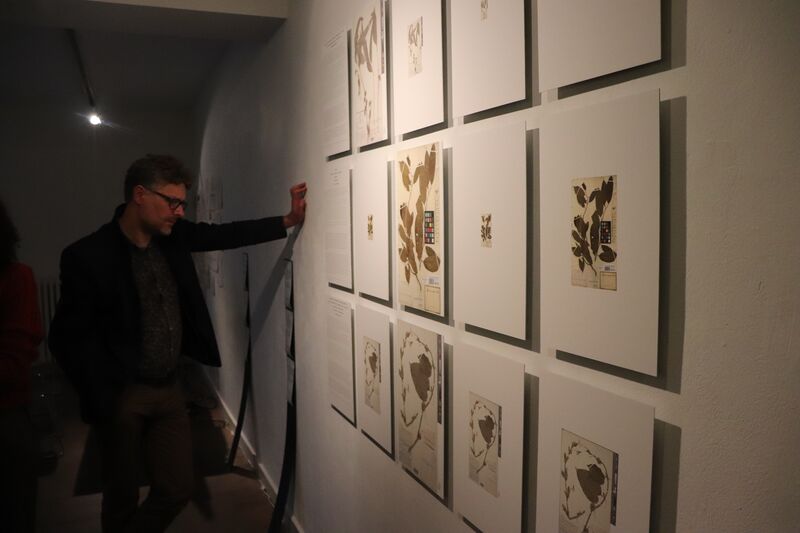 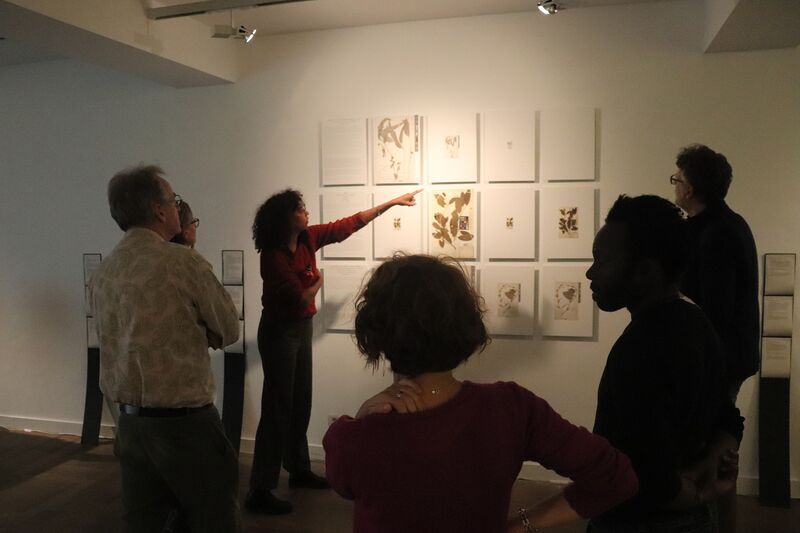 Wikified colonial botany is a proposal to look for otherness in the online encyclopedia Wikipedia and its structural referent Wikidata. The otherness in this work is represented by trees. These other-than-human beings are an essential part of colonial histories, as there existed an intimate relationship between botanical science, commerce and state politics. As Londa Schiebinger and Claudia Swan state in their book Colonial Botany, ‘colonial endeavours moved plants and knowledge of plants promiscuously around the world’.

Non-western trees were not only moved during that period, they were also renamed by Europeans, using Linnaeus’ classification system. These Latin names are still the global standard today. Their medicinal, edible and material uses were commodified. Botanical gardens were created worldwide as part of the colonial economic exploration policy.

Wikipedia is the most used online source for facts. It is multilingual, daily updated and freely available. Its pages are analysed and added as structural data in Wikidata. This data and all Wikipedia texts are worldwide an important source for developing and training new software’s that co-shape our world.

Wikified colonial botany shows how Wikipedia and Wikidata represent some major trees originating from different continents. By looking at their quantitative and qualitative descriptions in different languages, Wikified colonial botany hopes to give a sense of how the representation of these other-than-human beings is dependent on perspectives and global relationships.

When organic trees meet the data tree by Anaïs Berck raises questions about our knowledge of trees and the way it is represented in the different language versions of the Wikipedia online encyclopaedia and the Wikidata structured database.

For the DiVersions exhibit in 2019, Anaïs Berck had developed Wikified colonial botany, a project comparing Wikidata articles (in different languages) about trees that symbolise European colonisation. This project exposed how trees have been subject to appropriation by European colonial powers, through the exploitation of resources in the colonised territories and of knowledge, through recoding operations (new names chosen from Latin and integrated in Linnaeus’s existing taxonomy). This economic and scientific exploitation of plants occurred both in the colonised and in the colonising countries, in plantations and in botanical gardens. The selection of trees in Wikified colonial botany reflected this. With When organic trees meet the data tree, Anaïs Berck continues her research, extending it to all trees and all language versions of Wikidata. The qualitative analysis of Wikified colonial botany makes way for a quantitative analysis and the generation of data-based graphs, hierarchised in tree structures. In her research, Anaïs Berck sets up a dialogue between the organic trees and the way they served as a model for an algorithmic, hierarchised tree structure, growing from top to bottom, as opposed to the trees we find in interdependent environments such as forests.

The project is presented as a series of graphs depicting the number of genera and species of trees in most of Wikidata’s languages. Starting from a common root for all graphs, each article for a genus of trees (for instance Acacia) generates a branch, and each article about a species (for instance Acacia mathuataensis) generates a sub-branch. Furthermore, articles about subspecies lead to extra ramifications. These fern-shaped graphs are constructed with data that were automatically extracted from Wikipedia and Wikidata through scripts. Wikipedia and Wikidata are two projects by the Wikimedia Foundation whose data are intertwined. Wikidata is the centralised relational database linked to the different language versions of the Wikipedia encyclopaedia. (For instance, Wikidata allows for the automation of information such as interlingual links, i.e. links between articles on the same subject in different languages – one of the sources of information that were scraped for this project.) The encyclopaedia project, through its bundling of all knowledge, implies an overall viewpoint, camouflaged by the argument of neutrality. At the same time, Wikidata embeds a hierarchy of knowledge in its structure, where each element has its place, with its own identifier to distinguish it from the others. Despite Wikipedia and Wikidata’s potential as free projects, open to contributors in the whole wide world, not hindered by traditional power and knowledge management structures, their naming, counting and organising activities place it in line with the colonial project of capturing and exploiting all things living. (The Wikipedia and Wikidata data in turn become exploitable resources in the digital environment, for instance in machine learning applications, in particular for linguistic uses.)

When organic trees meet the data tree exposes Wikidata’s infrastructure and brings to light the disparities and similarities of the versions in each language. The graphs can be displayed by language or by number of articles. The project shows us that the Wikidata of the most widely spoken European languages have the largest number of articles about trees, but amongst them, the versions in Latin (first on the list), Bulgarian and Asturian contain a very high number. These ferns have branches and subbranches; the genera and species of trees seem complete, or almost, in accordance with the hierarchised classification of plants. They offer a stark contrast with the brittle straws representing the languages with small numbers of articles about trees, for instance the Twi version of Wikidata.

The herbarium presented to us by Anaïs Berck allows us to partially grasp the intertwining links between knowledge, its genealogy and its dependence on power, and what is materially produced in automated digital systems. Thus, the tree, at once organic, singular and binary, like Donna Haraway’s cyborg, cuts into the classifications, allows grafting for the reading/writing of successive versions, open to pluriversality and friction.